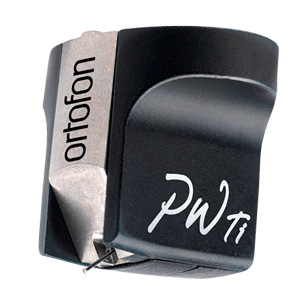 This highly advanced design, which is the world’s most hi-tech analogue cartridge, may be seen as a tribute to Ortofon’sdeparted engineer Per Windfeld, who had for more than 30 years been a feature of the high-end culture as the head of development behind amazing cartridges such as the Ortofon MC 20 Super, Concorde, MC Rohmann, MC Jubilee, KontrapunktSeries.

You simply experience more drama and greater breadth, height and depth in the sound scenario between the high-end system’s loudspeakers!

MC Windfeld is designed by a team headed by Mr. Windfeld’s successor, Leif Johannsen, the Ortofon’s Chief Officer of Acoustics and Technology. The cartridge bears Mr. Windfeld’s name – his initials “PW” are inscribed in gold on the cartridge’s side.

The Windfeld retains many of Per Windfeld’s earlier design innovations, including:

•Wide Range Damping (WRD) system
•The ultra-fine polished version of extremely low mass, large-vertical-contact Replicant 100 diamond, capable to extract musical information from the grooves with a greater degree of accuracy than any other kind of needle
•And a strong neodymium magnet system with a Field Stabilizing Element (FSE) located within the magnet system.
•The MC Windfeld can ideally be combined with the Ortofon TA-210 and TA-110 tonearms and the ST-80 SE MC transformer.

One of the important components is the WRD system (Wide Range Damping), in which a small, heavy disc of exotic metal is clamped between two rubber absorbers with different properties. This makes sure that the tracking performance is maintained simultaneously with the perfect damping in the whole frequency range, with the effect that distortion and resonance are avoided.

The WRD system, which was originally introduced in the MC 20 Mk II in 1979 and was also used in the MC Jubilee and many of Ortofon’sother top-class cartridges, is one contributory reason why the MC Windfeld, while achieving the most linear frequency response and the highest upper frequency limit ever, at the same time tracks a fantastic 100 µm at a vertical tracking force of 2.6 grams.

“…until the Windfeld, I can recall hearing none that produced such perfect symmetry of tonality and texture at both ends of the audioband – without inducing boredom, or a sensation of wanting more of something…

…Tonally and, especially texturally, I don’t think you’ll find a cartridge that’s more evenhanded and honest than the Ortofon Windfeld…

…It’s easy to recommend, regardless of your musical taste or associated components…”