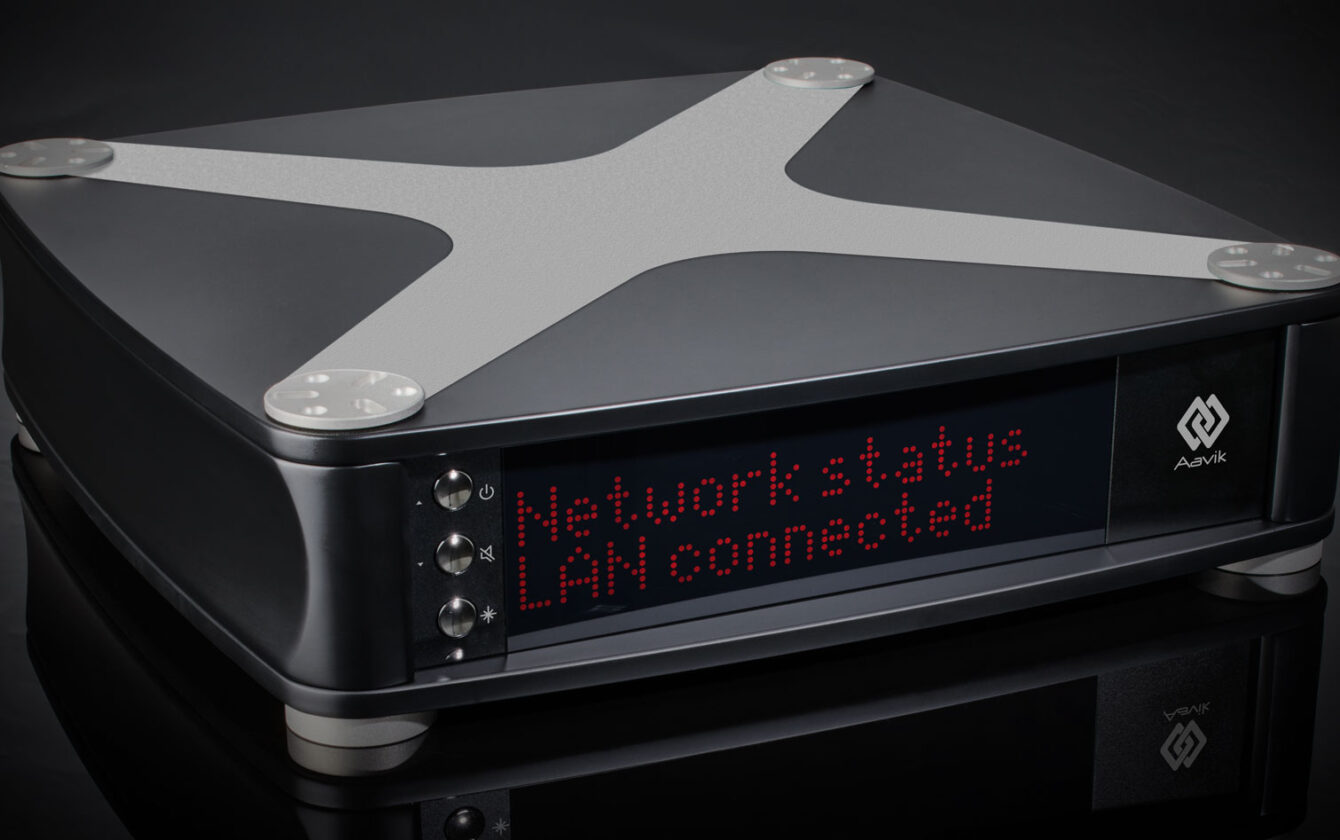 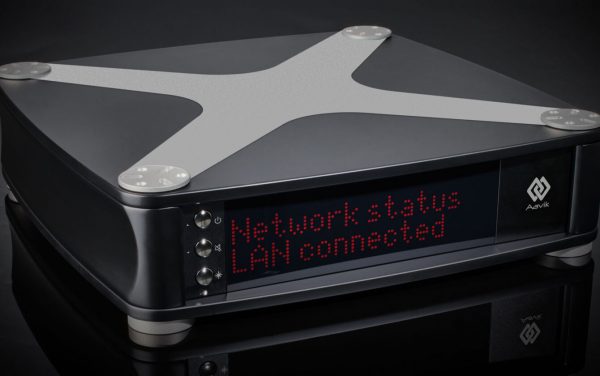 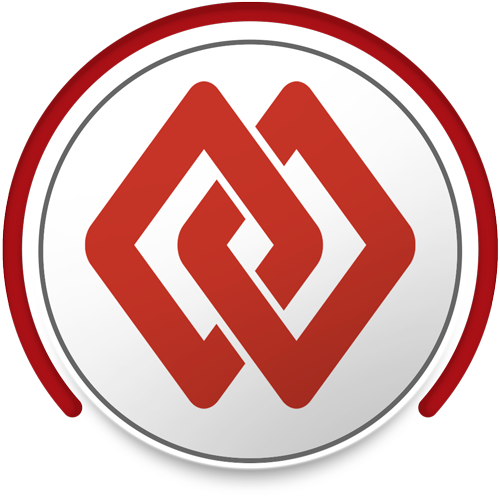 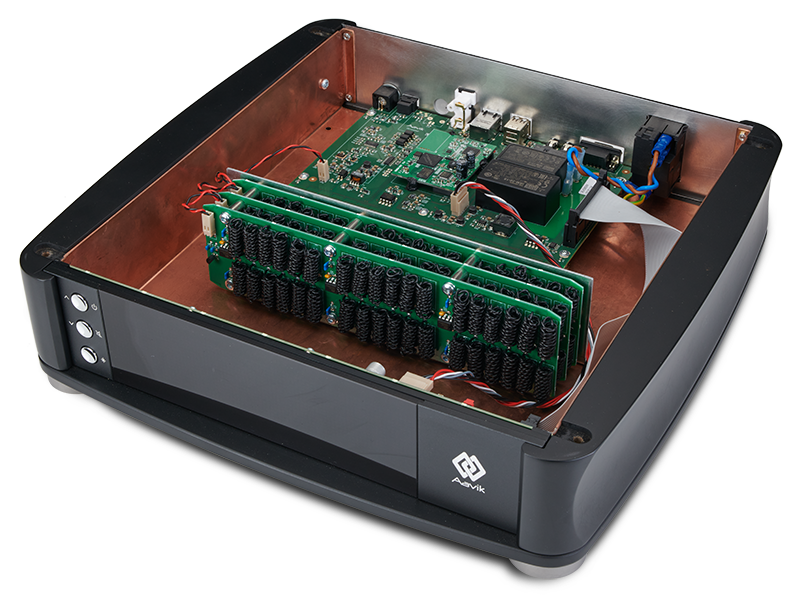 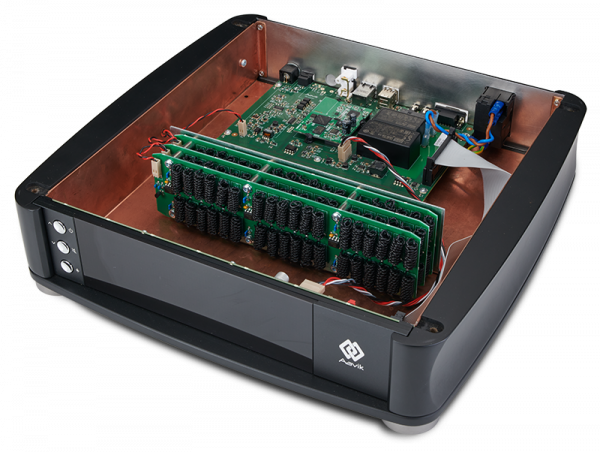 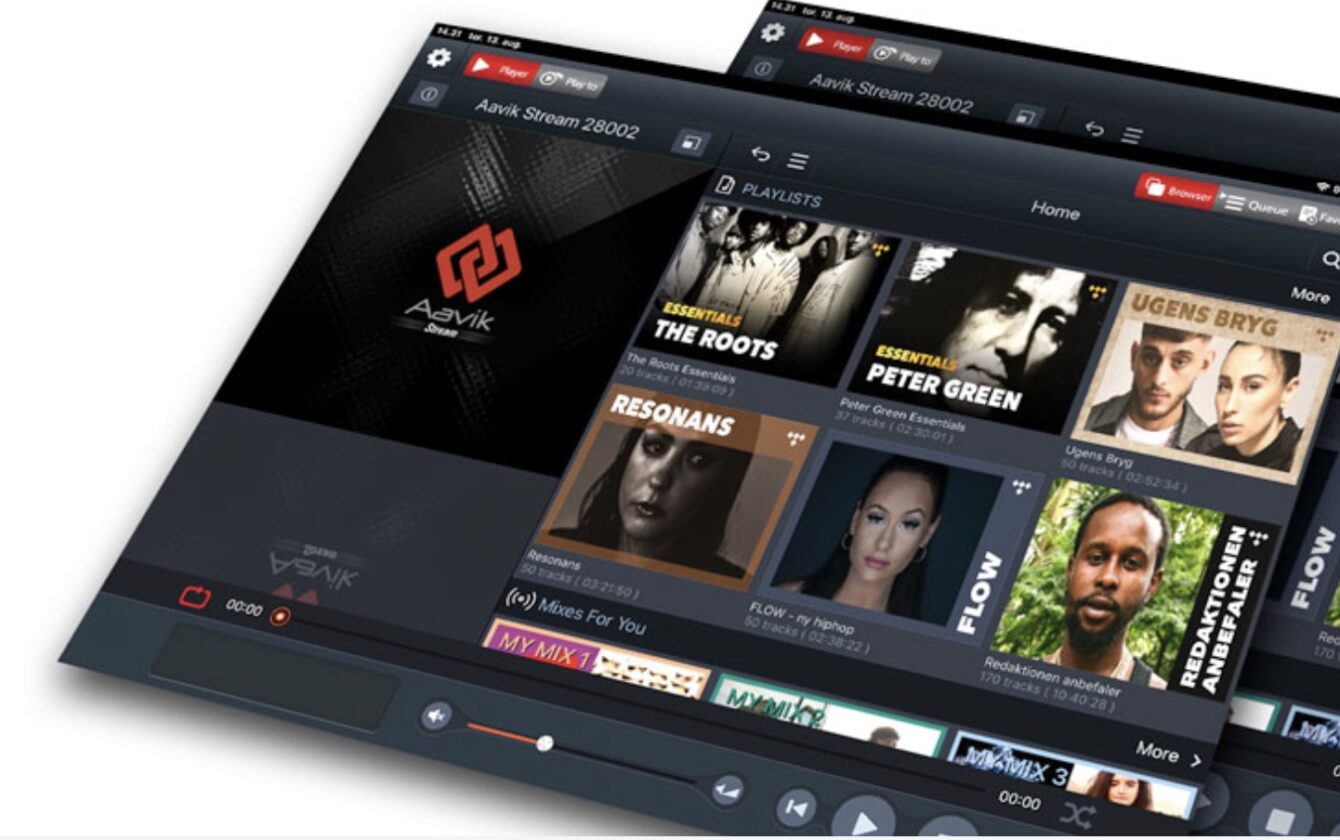 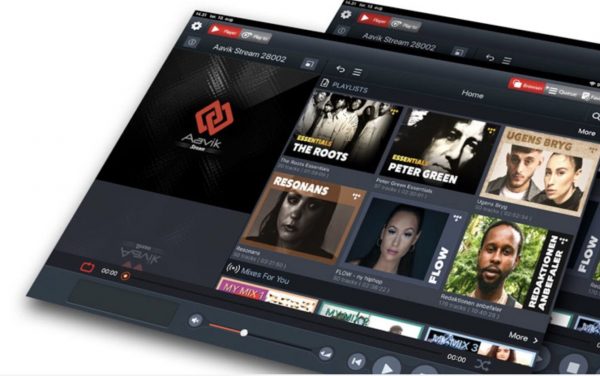 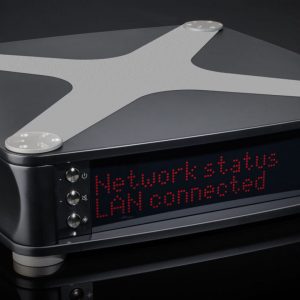 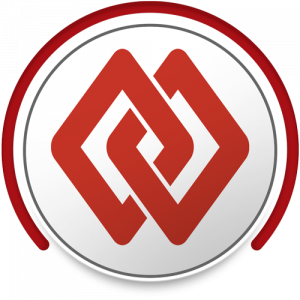 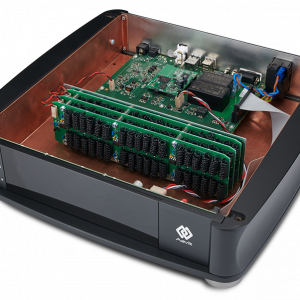 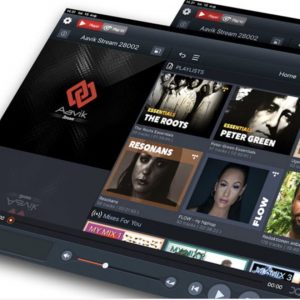 Discover the audiophile dimension of the world’s top streaming services
From the early concept stage of audio engineering, the Aavik streamer has been designed with a view to redefining and distinctly up-grading the audio quality of streaming network-based music. The Aavik streamer opens the gates for a dynamic musicality and a natural sound stage that features an unprecedented clarity and precision.

The audio section of the streamer is clocked using two separate high precision low jitter clocks: one for 44k1 based source material, and the other for 48k. These clocks supply both the internal DAC and the S/P-DIF output. The S/P-DIF output and clock circuit are galvanically isolated from the rest of the circuit.

THE AAVIK STREAMING APP – CONTROL THE MUSIC FROM YOUR IPAD™

Enjoy the thrill of being the master of the endless music streaming universe. Choose your favorite music with the Aavik streamer and indulge yourself in the delight of an outstanding streaming-based audio performance.
The Aavik app is easy to navigate and allows you to tap into your playlists and various streaming services such as Tidal – MQA – vTuner – Qobuz.

The decision to build separate units reflects Aavik’s intent of space management without any sonic compromise. Allowing sufficient space for each segment has also influenced the integration of a high-grade power supply with a huge capacity and paved the way for an effective cooling design.
By separating the individual units and redesigning them in a totally isolated fashion, the Aavik series has gained in dynamic momentum and a more expansive sound. 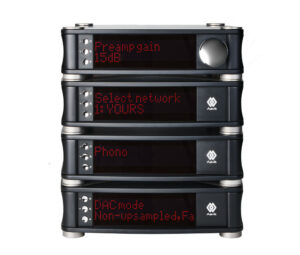 SCANDINAVIAN DESIGN WITH AN INTERNATIONAL TWIST

The Aavik design is Scandinavian understatement and expresses simplicity and minimalism featuring only a few buttons for logical operation. The multifunctional main knob allows to navigate and control the various functions. A distinguishing design feature of the new Aavik series is a huge red display, which makes it easy to read all details of the selected operational settings.

A CABINET WITH EXCELLENT SONIC QUALITIES

The cabinet design represents a brand new Aavik characteristic. The testing of new circuits and electronic components is often done without the enclosing cabinet. The disturbing sonic influence, which emanates from the material the cabinet is made of – mostly aluminium – results from its mechanical resonance. To eliminate this sonic distortion, the challenge was to minimize the use of aluminium in the cabinet to the absolute minimum that is unavoidable to ensure sufficient cooling. Aavik began testing various materials and designed an innovative natural-based composite material, which reduces the mechanical influence, particularly the hysteresis. The sonic result is distinctly audible and reflects a further prominent cornerstone in Aavik’s quest for the ultimate music experience.

Aavik’s untiring endeavour to unlock further untapped sonic potentials to advance the quality of the listener’s musical experience, prompted our audio engineers to look into the design and construction of musical instruments – both in terms of shape as well as choice of material. A combination of the natural-based composite material, the contours and the ratio of the sizes can impact and define the tone. Too much damping kills the dynamics, whereas metallic resonances generate a bright and peaky sound – Aavik’s newly engineered enclosure offers the best of both worlds: an authentic sound that is warm, harmonious and powerful, yet, at the same time, so crisp and refined that it highlights every single detail in the music.

For our new Aavik series, we could heavily draw on the experience and extensive R&D of our sister company, Ansuz-Acoustics™. We employed their groundbreaking, effective noise cancelling technologies and fitted all members of the new Aavik series with Tesla coils, dither circuitry and anti aerial resonance coils. These innovative technologies are geared towards paving the way for an absolutely unconstrained signal flow.
Aavik has also prepared the top and bottom surfaces on all Aavik series to best accommodate Ansuz Darkz™, which represent the most effective way of preventing mechanical vibrations.

The new Aavik series is designed to ensure massive power resources with ultra-low noise. Unlike the square waves used by conventional switch mode power supplies, the new Aavik series boast a resonant mode design which is principally driven by sine waves.
When more power is needed, the operating frequency increases, which, in turn, has the advantage that the power density also increases, thus allowing higher peak power when required by the music.
The noise floor in the raw power supply is extremely low but could be even further lowered by the ultra-low noise regulators supplying the different parts of the circuit. The noise of these regulators is measured in a few microvolts respectively nanovolts, which is significantly lower than the noise level of conventional regulators. 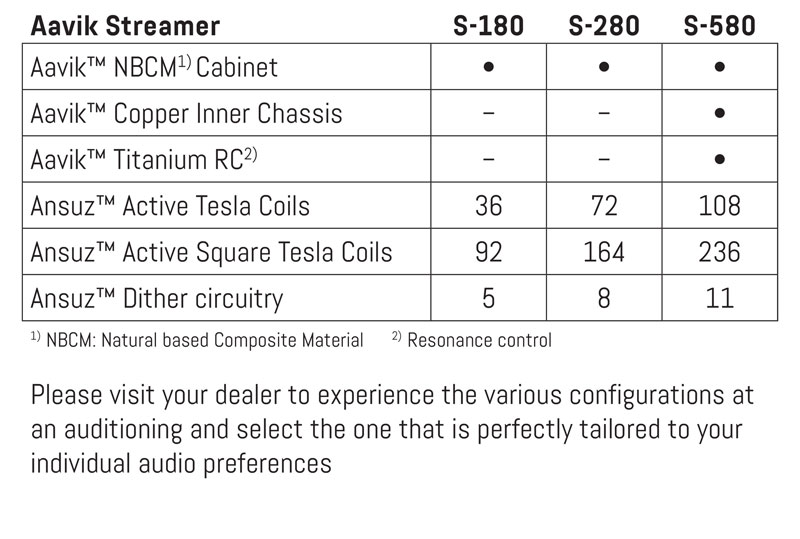 Aavik Stream is a control app dedicated for streaming high-end music to your
Aavik Streaming device. 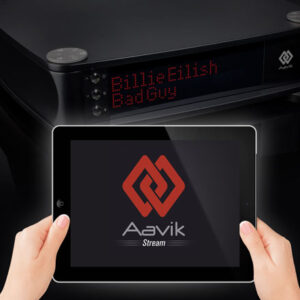 GET YOUR FREE APP AT THE APPLE APP STORE 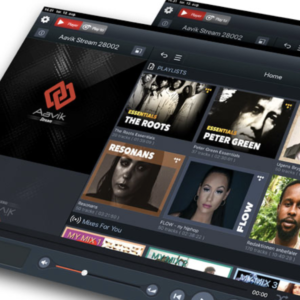