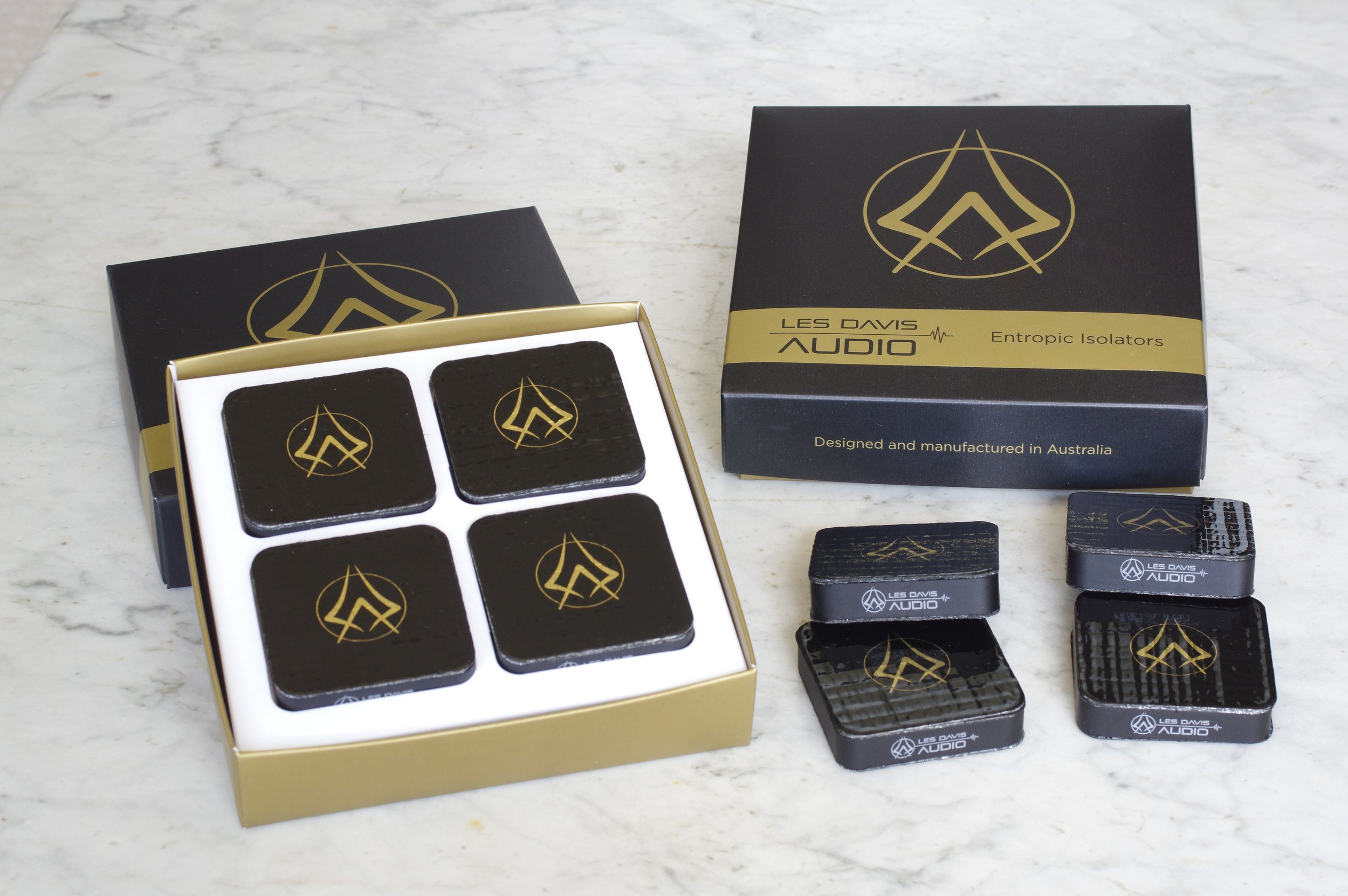 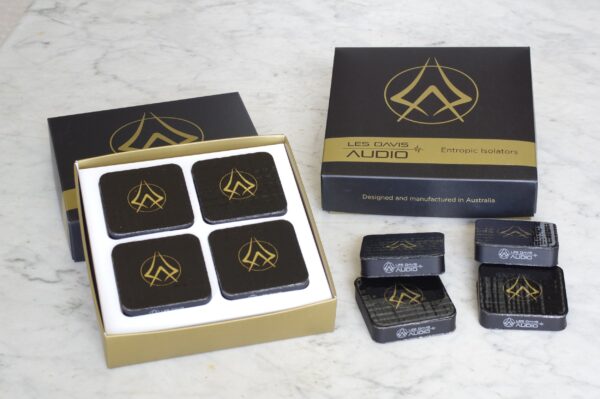 (4 isolators are included with purchase)

The complete package. Their patented 3D² material sandwiching sturdy materials, was developed through thorough testing. The aim was how to pack the biggest punch!

The Entropic Isolator by Les Davis Audio is a multilayered device that provides a higher level of performance. Three separate layers of 3D(2) material sandwiched between a maple core with an aluminium top plate that offers stability under heavy weights. A device to used under speakers and speaker stands. Greater degree of resolution is offered under electronic components.

Constrained Layer Damping is a well researched scientific innovation with many applications. Involved is the simple process of having a viscoelastic material (simply meaning flexible) pressed between two layers of a more sturdy material, which ultimately regulates the vibration output of the target component.

All electronic components including your speakers and CD players inherently suffer from wasted potential due to the vibrations caused by the electrical and mechanical process by which they operate. In your home audio system, at every connection, from power socket to CD player to speaker, there is a gradual loss of energy and potential, which ultimately leads to a completely avoidable, inferior experience. 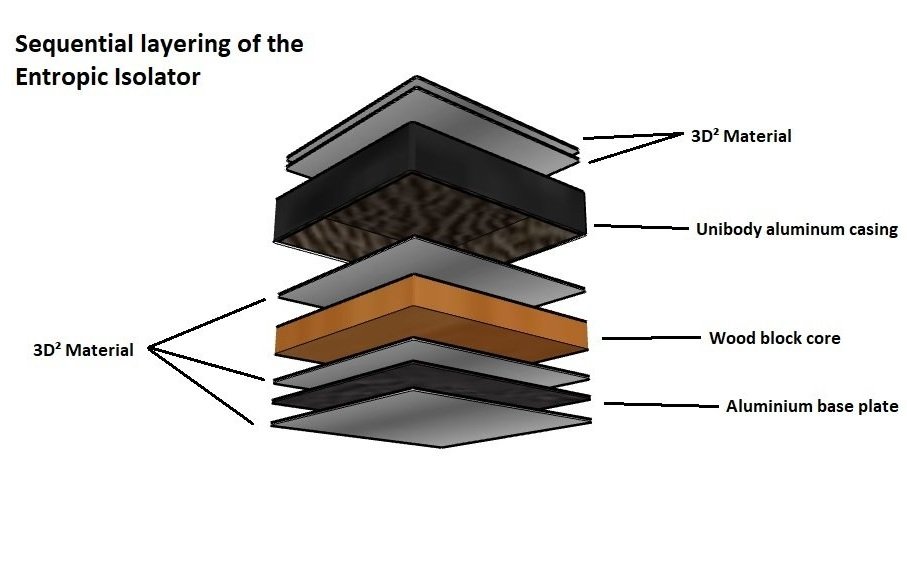